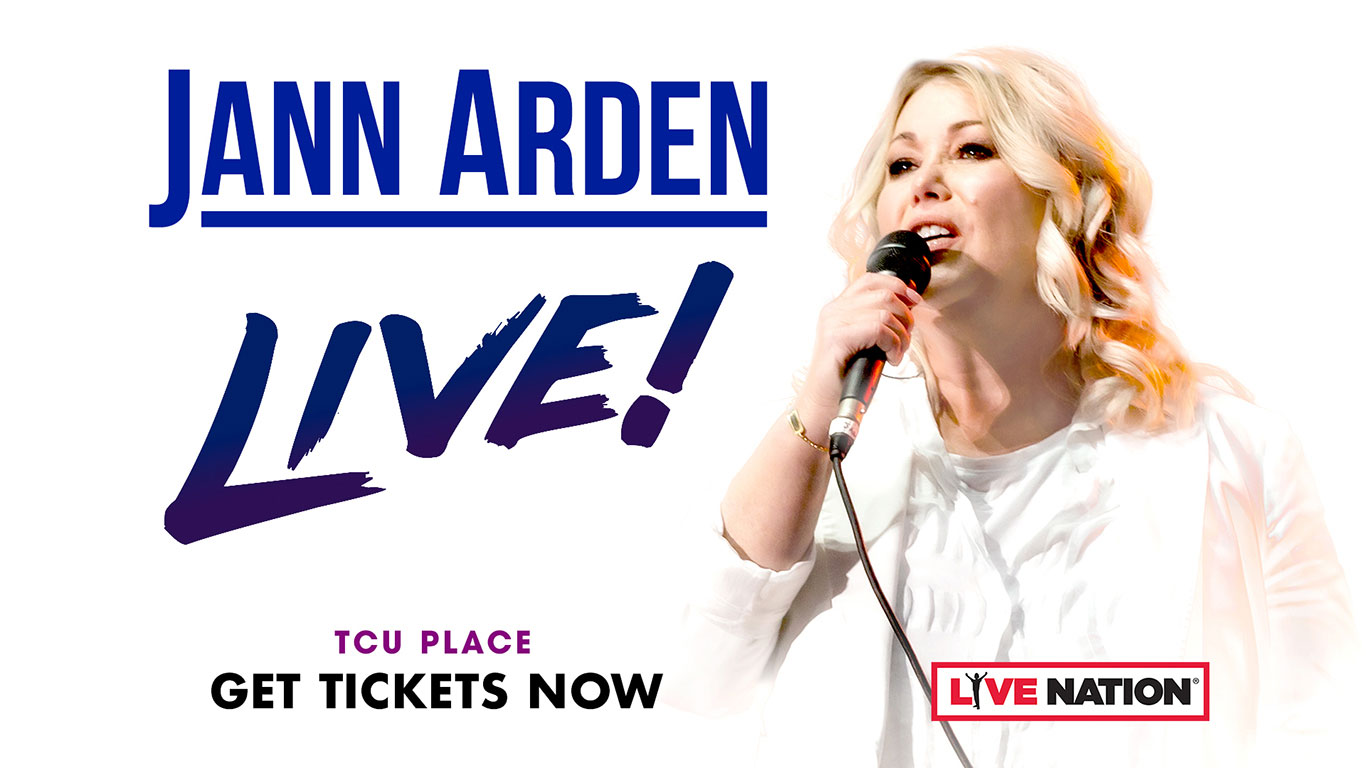 ARTIST STATEMENT: Jann Arden Live! Cross-Canada Tour May 7th through June 18th is being rescheduled . We are working on new dates for ALL of the shows. Please hold onto your tickets as they will be valid for the new dates, which we hope to announce soon. We appreciate your patience during this time. #stayhome

Multi-platinum, award-winning singer, songwriter, actor, author and soon-to-be Canadian Music Hall of Fame inductee Jann Arden announced today her Live! Jann Arden! cross-Canada tour. Widely known for her numerous hit songs and many laughs, Jann will embark on a national cross-Canada tour Live! Jann Arden! that will kick off on May 7th in Newfoundland and conclude on June 17th in Vancouver covering the country coast-to-coast, full details listed below. Tickets for the tour will go on sale to the general public on Friday, February 7 10am.

American Express® Card Members can purchase tickets before the general public beginning on Wednesday, February 5 at 10am local time through Thursday, February 6 at 10pm.

The much-celebrated multi-platinum award-winning artist catapulted onto the Canadian music scene in 1993 with the release of her debut album “Time For Mercy” featuring the hit single, “I Would Die For You”. A year later with “Living Under June”, she would have her career breakout hit, “Insensitive” that would solidify her position in the music world. Jann Arden will release a greatest hits album; Hits & Other Gems on May 1, 2020 on Universal Music.

Last month, Arden was announced as the first 2020 inductee into the Canadian Music Hall of Fame. With accolades that include 19 top ten singles, eight JUNO Awards and 10 SOCAN Awards, Arden is a beloved Canadian musical artist and personality

Jann Arden’s hit comedy series, JANN, where she stars as a fictionalized version of herself, wrapped production on its second season this past fall in Calgary. The series is set to return to CTV in 2020 as part of CTV’s mid-season schedule. Arden’s podcast, THE JANN ARDEN PODCAST is available weekly on iHeartRadio Canada and everywhere podcasts are found. Arden has written four books, the most recent being the Canadian bestseller Feeding My Mother – Comfort and Laughter in the Kitchen as My Mom Lives with Memory Loss and is set to release a fifth book later this year.